Paris has long been a site where the status quo has been challenged and overturned in the name of the new. This course focuses on the multiple revolutions—political, cultural, and aesthetic—that have shaped France and its citizens over the past 250 years. Starting with the storming of the Bastille and the revolution of 1789, we will explore the various revolutionary movements that shaped France up through May 1968, when students, factory workers and political activists joined together to participate in mass strikes and—briefly—suspend the federal government.

One of the most fascinating courses I took as an undergraduate student was a course on the history and culture of France from 1750 to 1914. The course not only focused on the tumultuous political shifts in this period in French history, but also the arts, literature, songs, and everyday culture of everyday France. Years later, when I was a graduate student studying the works of Marx, Debord, Butler, Foucault and Zizek, that course continued to resonate with me.

When the idea of co-teaching a preview course was presented to me, France seemed an obvious choice. I had already accompanied an upper-division GFS course to Paris, and had spent the previous year picking up some working French by watching films of Truffaut, Godard and Varda. The focus on “revolution,” broadly defined–political, cultural, aesthetic, intellectual and geographic–matched my intellectual interests, and allowed Professor Collins and I to use our shared background in cultural studies to bear on a variety of different kinds of texts (political documents, literature, songs, maps, etc.) We aimed to get students to understand French revolutions as so much more than guillotines, but as a series of popular articulations of new possibilities for everyday life, whether that took the form of student strikes on the barricades, or new aesthetic or political values.

While adjusting to the unique format and schedule of a Preview course was a challenge, I think the course was a tremendous success. I am especially gratified that the course stood on its own as an intellectual enterprise, not simply as a preamble to a week abroad. I think the quality of student contributions to the final project (a collaborative multimedia map, linked below) stands as a testament to that. I look forward to teaching a preview course again in the coming years. 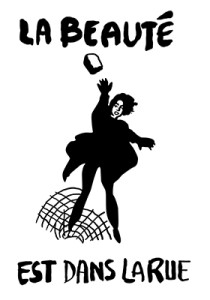