“It Was Something…”: Sadie Benning, Kathleen Hanna, and the Limits of Grrrl-hood

In the 1990’s, Sadie Benning was a bona-fide art star, with a Rockefeller grant at age 19, frequent appearances at prestigious film festivals and museums around the world, and international recognition as everything from “the next great American filmmaker” to “the child-savior of queer cinema.” In 1998, she joined forces with Bikini Kill’s Kathleen Hanna for the production of a series of shorts called “The Judy Spots” for MTV. One year later, Benning and Hanna would team up again, this time to form Le Tigre, a playful and poignant dancefloor adaptation of riot grrl politics and aesthetics.

This essay works backwards from the collusion of Benning and Hanna in Le Tigre to trace the connections between Sadie Benning’s celebrated video art and the music of Hanna’s Bikini Kill. In so doing, I investigate both the seduction and the threat posed by the work of Hanna and Benning, outside the “regime of truth” constructed by American society in the 1980’s. This study calls for an examination of both the thematic and formal parallels between Benning’s video artwork and Hanna’s brash musical performance, in their treatment of the female body as a site of resistance, DIY aesthetics and astute reflexivity upon mainstream cohabitation of their own work.

A PDF of this chapter is available to the Promotion and Tenure committee HERE, with the password included in the cover letter. 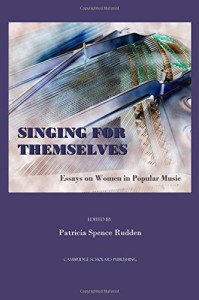