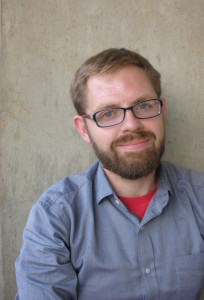 I’m Michael D. Dwyer, currently an Associate Professor of Media and Communication at Arcadia University in Glenside, Pennsylvania. At Arcadia I teach courses in media studies, Hollywood film, cultural studies, writing for new media, and popular culture. I’m currently at work on a manuscript tentatively titled Tinsel and Rust about the relationship between Hollywood film and the Rust Belt.

My first book, Back to the Fifties, is a study of the diverse functions of fifties nostalgia in the films and popular culture of the Reagan Era. Other ongoing research projects center on the representation of Rust Belt cities in postindustrial American film, and representations of urban space in the films of Alfred Hitchcock.I have also published and presented work the collaboration between riot grrrl icon Kathleen Hanna and video artist Sadie Benning in the group Le Tigre, the DIY aesthetics of post-Seattle political demonstrations, the legacy of soul music, he status of fandom in contemporary media studies.

I received my PhD in English from Syracuse University in 2010, specializing in film studies, American literature, and critical theory. Outside the classroom, I enjoy soccer (as a spectator and participant), DIY/underground music, theater and performance, bicycling, pub trivia, YouTube, and bad karaoke.